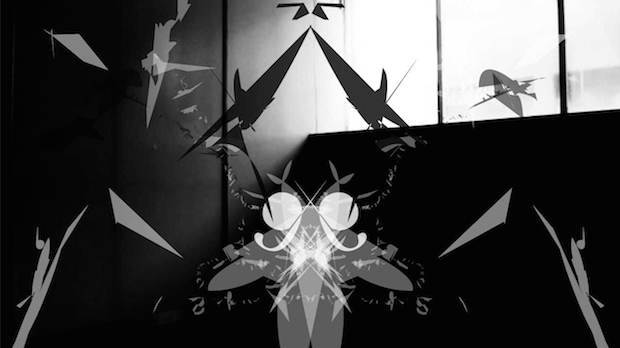 Every tool carries with it the spirit by which it has been created.
(Heisenberg)

In the modern multicultural cities under today’s circumstances whose distinct features are the crisis and globalization, the ideal model that will ensure: active participation of residents/active citizens ,  the human intercultural identity of the city and the interaction between them, cannot be other than one that shall be based on an ontological – systemic approach. Every type of symbiotic community owes its existence to the very element that determines its existence. The purpose of every individual grouping is to find a commodity, a good that will be appropriate for this specific grouping that will cater to its specific needs and meet its purposes. (May, H.2010 ; Pangle, L.2003).  This line of reasoning leads us to the conclusion that the social subsets owe their existence and their cohesion to the specific- good-goal that they are aiming for[1]. (Bartlett, R.,C. and Collins, S., D.2011). However, the city doesn’t merely hold “the most superior position of all” instead it includes many forms of symbiosis. (Lord, C. 2013; Chomsky, 2012).

This means that the city is “the biggest symbiotic community of all”. It is most superior in quality and content. Moreover, its primary goal is the greatest commodity of all, which is the ‘common good.’ (Cooper, J., M.1975; Pakaluk, M.2005).  In a systemic manner this is the goal every subset must strive to achieve. This axiomatic research hypothesis could only be justified and  modeled within ontological approach

Consequently, by using ontology as it was adjusted and implemented by computer sciences and by combining and interrelating sociological dualism ‘ action/ structure’ just like it is restated by Habermas (2005:2009) , via the meanings of biota and the system, and Panagiotis Kondylis (2007), we recommend the H.I.C. model as a dynamic system at three interrelated levels: 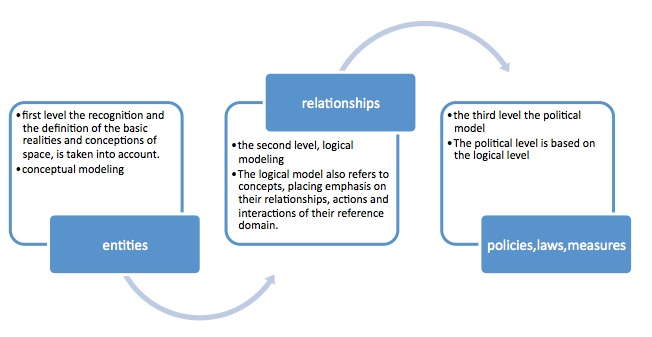 The basic structural components are the entities and the relationships among beings and entities. The institutions and the laws or the policies and measures constitute constraints (the legitimized content the connects beings and entities is the very content that constricts them) that affect the way these entities relate to one another, creating networks and producing synergies.

It is evident, after the research conducted that the aforementioned do not constitute indipendent research parameters, instead they are influenced by one another and perpetually interdependent.

The systemic ontological approach highlights the multi-factorial and multidimensional character of the city.

The system is more than just the sum of its parts; it is an organic unity that differs qualitatively from its individual parts that constitute it.

Therefore, the city is a system, a complex of elements that influence each other while also being interdependent.

If a certain element within the system undergoes a change, then the whole system will undergo certain changes as well.

This system is determined as an aggregate of: a) the members/ entities, b) the traits of the entities ( e.g. political, claims, actions etc) and c) the relations among the members/entities.

Due to the fact that these elements are in constant interaction and interdependence with one another, new traits and qualities ‘emerge’. These emerging qualities are the product of the interaction among the three categories and elements of the city. Consequently, it concerns the progress and the prosperity of the city which is not just the sum of its parts, but the product of a dynamic system. In addition, it is noteworthy that every entity, member of the city actually constitutes, on its own, a dynamic subsystem which is in perpetual interaction and continuously interdependent with the rest of them. (Ecco, 2009; Christopoulou , et al., 2013).

Therefore we can proceed to categorization. Categorization/classification is the process that defines entity classes through analysis and grouping common characteristics that ontologies have. It aims to sort out the ontologies of a certain domain by putting them into categories that share similar properties/traits. (Grosso, 2013).

To conclude, we ought to note that to completely and objectively categorize as well as to totally discard every unique quality that belongs to all ontologies of a certain domain is considered a Herculean task, which increases the complexity of level b, which is the logical level. Consequently, defining ‘excellence’ when analyzing concepts and whatever they entail is the requirement here. The specific properties and qualities that a concept may entail are determined by the needs that a specific model must cover as well as by the global environmental conditions.

The goal is to create a prosperous environment in which a system that fosters harmonious co-existence will prevail, one that will function in a way that ensures all needs are met.

This duty/achievement was rightly so attributed to the open people-centered Greek ity during the Classical period[2].  The city is inherently linked with man and “active citizenship” according to (Ladson-Billings, 2005). However, for Aristotle the term “active citizen has on the one hand a moral content regarding man as an individual and on the other hand it is the destination of the city, which concerns man as a citizen[3].(Smith,2001;Lord, C. 2013). In his last book regarding the crisis today (Touraine 2012), Alain Touraine who is actually on the same –wave length, ascertains and suggests that: “The role which institutions have is no longer to merely impose rules but rather to help construct the human subject, their basis being  the diversity found amongst individuals and social groups. (Touraine , 012: 83) and this can not be brought to fruition, save for combatant citizens, and exemplary forms of organizations, which will not be vertical, like the syndicates and the political parties, but horizontal, since in this type of  organization public opinion, autonomous social networks and other social collegiate bodies play an active role in highly important matters.” Touraine, 012: 85).

[1] In the Nichomachean Ethics Aristotle refers to various societies each of which has an individual interest. For instance, those who fight together pursue wealth, victory or the conquering of a city. A sailor’s goal is to acquire money. The same kind if thing applies to those who belong to a race or a municipality. Aristotle considers these societies to be parts of the political society; he regards them as being subordinate to the political society, whose main concern is not merely a specific short term interest. The political society aims to achieve life-long goals. (Bartlett, R., C. and Collins, S., D. (2011).

[2] The city, according to Aristotle is a form of supreme social co-existence, which includes all others, and that seeks the most supreme good-commodity.  It is the society or politics.
Particularly, the good which it actually strives for is prosperity for all its citizens. This is the most supreme good compared to other goods that may be found in other societies and with this the ‘polis’ strives to promote every citizen’s interest.
Contrariwise, the other forms of grouping in society aim to safeguard and promote individual interests for their members. Aristotle seals the definition of the term polis by characterizing it political society, meaning the organized state-level society which is self-sufficient and has: autonomy, freedom, institutions and a political system  (Kraut, R. and Skultety, S.2005;  Goodman, L.E. and Talisse, R.B. 2007).
Thus, the city concerns, the well-known for the ancient world, city-state, which is the term that is prevalent today.

[3] In his work Politics Aristotle is the first to link man-citizen to the city.In the sense that,  his or her actions which are political actions, due to the fact that since one acts as a member of a political society their actions end up having political implications since they aspire to ensure prosperity for all. This viewpoint is made clear by Aristotle himself in book seven of his Politics, in which he mentions that each individual’s prosperity is dependent on the prosperity of the city. (Lord, C. 2013).